'The Five Doctors - Special Edition' was the first Doctor Who DVD to be released, the story being chosen because of the high quality pictures and multi-channel surround soundtrack that was available to help show off the new format. Eight years later on, and in the 25th anniversary year of the story's transmission, this new release sees both the original 90-minute version and the 102-minute Special Edition released as a double-disc set including a comprehensive set of extra features.

Both versions of the story have been remastered from scratch, taking advantage of the improved quality available from Transform PAL decoding and newer digital noise reduction and grading technologies. In addition, the original A/B roll camera negatives of the location film sequences that make up so much of the story's running time have been newly transferred on the Spirit telecine and re-instated into both. 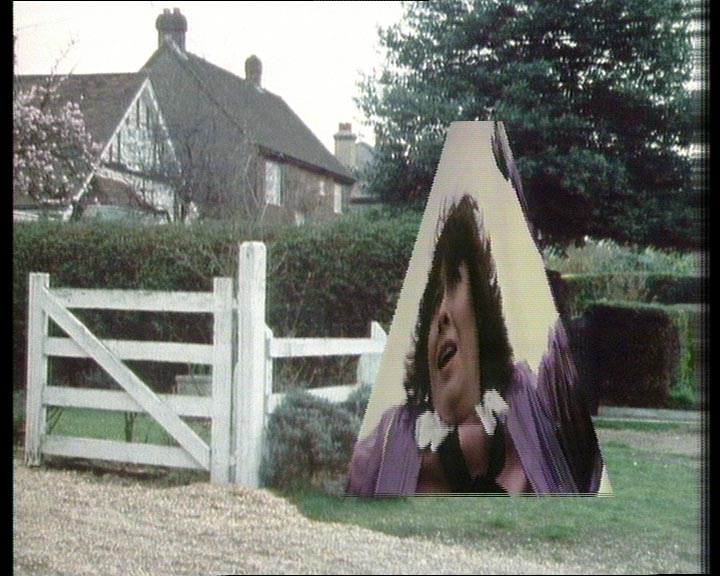 This shot of Tom really shows up the poor quality of the original insert on the transmission version of the story.

The DVD Extras consist of:

Disc One - The Transmission Version

• Trails and Continuity (dur. 19' 08") - BBC1 trails and continuity announcements from the original 1983 transmission and the subsequent transmission of the story in four parts. The full opening title and closing credits of the four-part version are included for completeness.

• The Ties that Bind Us (dur. 25' 55") - Brendan Sheppard's featurette takes a look at the subtle (and not so subtle!) links to the show's past and future contained within the story of 'The Five Doctors'. Narrated by Paul McGann.

• Five Doctors, One Studio (dur. 18' 45") - inside the studio for the recording of the story's final scenes, the only time that all the Doctors were on set together.

• (Not So) Special Effects - (dur. 8' 58") - tin-tacks, gaffer tape and high-explosives - all in a day's work for the visual effects crew working wonders on a Doctor Who budget!

• Saturday Superstore (dur. 10' 28") - Peter Davison, Janet Fielding and Mark Strickson join Mike Read to talk about the series and to take calls from viewers, in this extract from the Saturday morning children's show.

• Coming Soon - a trail for a forthcoming DVD release.