The second DVD release of 2004 is a rather special one, as it is the first Doctor Who DVD to be scheduled as direct a result of  fan poll. 'Pyramids of Mars' was voted the number one story that respondents to Doctor Who Magazine's poll wished to to see released on DVD. 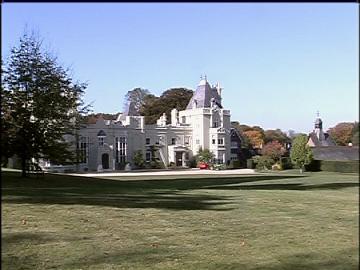 'Pyramids of Mars' was shot, like most BBC drama of the time, on 2" quad studio video with 16mm location film inserts. Unfortunately the film inserts no longer exist, so we could only work with the original telecine transfers that formed part of the completed programme. The quads themselves no longer exist at the BBC, having been dubbed to D3 digital videotape for the story's repeat transmission in 1994 and subsequently donated to the National Film and Television Archive.

The underlying picture quality was intrinsically very good, but there was an awful lot of videotape dropout and the original film transfers were covered in dirt and sparkle - as well as being somewhat green! The D3's were transferred to Digital Betacam tape via the Transform PAL Decoder, with a small amount of DVNR to reduce video noise and the light dirt and sparkle. Jonathan Wood then graded the episodes, paying particular attention to the film sequences in order to make them appear more natural and to give a better match to the studio video material.

The film inserts were particularly dirty, on a par with "The Three Doctors" except that thankfully twin-lens telecine machines were used for all the film transfers so there was no smearing of frames. Level flicker and slight geometry errors were noticeable on some sections, and these were dealt with at the grading and noise reduction stage by the use of a Snell and Wilcox ARC-100 aspect ratio convertor  in video>film mode. However, on occasions the resulting quality of the picture with regards to line interpolation didn't look quite right, probably due to the high amount of detail in the foliage on many of the shots, so on these sections the ARC processing was bypassed. The live grading on the film inserts was particularly noticeable with several instances of variable and sudden balance changes which are very difficult if not impossible to iron out completely. The general bias for all sequences was towards green with overall luminance levels becoming rather dim especially during episode three. As expected, the studio material shot on videotape was quite consistent and certainly didn't require the full shot-by-shot re-grade as with the film sequences. Only an occasional camera going slightly out of alignment would require some adjustment. What was noticeable was a high degree of uncompensated dropout, manifesting itself as spurious horizontal black lines. Strangely, this fault was evident across all four episodes which seems to suggest it was a replay fault on the Quad machine used to transfer the masters, as all the tapes were probably dubbed in one session for the BBC2 repeats in 1994. Despite the difficulties of fixing field based faults on basically a frame based device, it was decided to load complete episodes into the Scratchbox in order to manually paint out as much videotape dropout as possible, as well as the usual deblob work on the film sequences.The vast majority of problems, both film dirt and videotape dropouts, were fixable on the Scratchbox and only about a dozen or so faults (across complex movement) required the painstaking fixing via the vision mixer. In total, approximately 6000 fixes were required across the four episodes which was a lot more work than estimated for this era of Doctor Who. A couple of effects shots (Scarman getting shot then walking towards the window, and the film sequence explosion being "contained") involved the use of the video disc device of the late sixties which allowed slow motion and freeze frame facilities in an era before broadcast quality helical scan machines. The video based one (Scarman) required a re-grade and heavier use of noise reduction due to the increased number of video generations. The contained explosion effect although shot on film was manipulated on the video disc, running forward then backwards and finally freezing. The film footage was probably close to an original film edit and therefore suffered from a ramping of levels and change in colour balance associated with an automatic gain control sometimes used on film transfers of the past. Unfortunately, the rolling forward and backwards of this film footage simply highlighted the awful level changes as well as freezing at the end on a frame full of moiré patterning caused by mis-tracking (possibly from a Quad). To improve the shot it was re-graded and noise reduced with the DVNR in film mode. Then it was passed through the DVNR again, this time in video mode to cope with the generation noise introduced in the shot. The forward running section of the video disc replay was then used to re-create the original motion in the shot from Digital Betacam, which reduced the grading changes and also replaced the poor quality freeze frames.

New transfers of the opening titles were added, utilising the original captions which had been carefully lifted out of the old titles using Photoshop. It's fair to say the the story has never looked so good. The same is also now true of the sound, which was incredibly hissy on the masters. This has been significantly reduced by Mark Ayres.

A very comprehensive extras package has been assembled, befitting the status of this highly regarded story. A commentary, featuring actors Elisabeth Sladen and Michael Sheard, with producer Philip Hinchcliffe, was recorded at Pinewood Studios on October 24th, 2003. The final mix of the commentary also includes contributions from director Paddy Russell, who was interviewed separately in her North Yorkshire home for Osirian Gothic, a 22-minute featurette focusing on the recollections of some of the cast and crew of this story. Also appearing in the featurette are actors Elisabeth Sladen, Michael Sheard, Bernard Archard, Peter Copley and Gabriel Woolf, designer Christine Ruscoe and producer Philip Hinchcliffe. 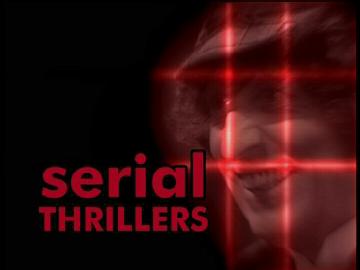 Following on from his acclaimed 'Putting the Shock into Earthshock' feature, Ed Stradling has produced Serial Thrillers, a 42-minute featurette covering Philip Hinchcliffe's era as the show's producer and attempting to discover what made this three year period the most successful and popular in Doctor Who's history. It features contributions from Hinchcliffe himself, director David Maloney, writer Robert Banks-Stewart, designers Christine Ruscoe and Roger Murray-Leach, actor Elisabeth Sladen and a number of fans who now have a professional interest in the show - writers Gareth Roberts, Alan Barnes and Jim Sangster, along with BBC Worldwide's 40th Anniversary project manager, Andrew Beech.

Richard Bignell follows up his immensely popular 'Now and Then' feature from 'The Dalek Invasion of Earth' with Now and Then: The Locations of Pyramids of Mars, an 8-minute feature shot on location at Stargrove, the country house featured in the story. Michael Sheard provides the narration (with vocal guest appearances from Elisabeth Sladen and Jon Culshaw!) and Heathcliffe Blair provides the musical soundtrack.

A short Deleted Scenes package includes the unused shot of the TARDIS materialising on the alternative future Earth of 1980, an alternative take of the poacher running away from the mummies after he shoots Marcus Scarman, and the full-length version of the war missile explosion. Also included are three sequences utilising roll-back and mix effects that Paddy Russell felt were not successful and subsequently cut out. These have been re-instated from the production's original timecoded Shibaden viewing tapes.

Oh Mummy follows Sutekh's career post-Pyramids of Mars, in a very funny and eminently quotable 7-minute comedy sketch written by and starring Rob Hammond and directed by Matt West. Gabriel Woolf once again provides the vocal talent as the voice of Sutekh. Made at zero-cost to the disc's budget, Oh Mummy was originally intended to be the disc's Easter Egg, but after an absolutely rapturous reception during a test screening at PanoptiCon 2003, it was quickly upgraded to full-feature status. If you've ever hankered to hear Sutekh saying "I bring Sutekh's gift of jelly to all human life",  this is the feature you've been waiting for.

A 10-minute long Picture Gallery completes the feature lineup and includes many rare photographs from the unusually large picture archive that exists for the story.

Dr. Martin Wiggins has written the interesting and entertaining production subtitles and we've even managed to squeeze in an Easter Egg!