The Hand of Fear

The UK's fourth release for 2006 is 'The Hand of Fear', the 1976 story which saw the departure of long-time companion Sarah Jane Smith from the TARDIS and left many a schoolboy heartbroken...

We found ourselves in very familiar territory remastering this story - studio quad video and 16mm location film inserts. No original production material exists in the BBC, so it was a case of remastering from the D3 videotape copies of the 2" quad transmission masters.

Picture cleanup was completely straight forward. The PAL D3's were decoded to component using the BBC Research Department's Transform PAL decoder, graded by Jonathan Wood, and noise, film dirt and grain reduced using the Digital Vision DVNR-1000. Remaining dropouts and film dirt (of which there was quite a bit, especially on the shots of the ambulance in part one) were subsequently painted out manually. Both opening titles and closing credits were remade on all episodes, as the film backgrounds were poor quality in both cases.

Some quad banding was visible on episode three, so it was decided to request a new transfer of the original quad transmission master, held at the NFTVA. This proved to be marginally better, but the banding problem appears to be 'burnt-in' to the original recording.

The story features a reasonably large amount of CSO composites, complete with key fizzing on the edges. This was reduced where possible by selectively adding in higher levels of noise reduction and then painting out any remaining artefacts. Eldrad's eyes were also graded independently of the rest of the picture so that they maintain a consistent shade of blue throughout.

It was really the audio side of the story which needed the greatest amount of work, with audio restoration expert Mark Ayres having to struggle against some very tricky problems...

"The Hand of Fear made a massive impression on me when first watched it as a teenager; I thought it was wonderful. So much so, that I have not watched it since, not wanting illusions to be shattered - helped, it has to be said, by it never having been repeated. And I had my recording of the soundtrack which, even to this day, I seem to recall almost note-for-note. So it was with high expectations that I sat down at the Macintosh to begin work, and - thankfully - I was not disappointed: it's great. Of course, the sound of this show is one of the things I loved about it, and it has some truly great moments - the fantastic prologue on Kastria and enforced early destruction of the obliteration module, the subsequent "passing of time", and Eldrad's emergence from the nuclear reactor in episode three are perfect combinations of Dick Mills's Radiophonics and Dudley Simpson's music - the latter here also greatly enhanced by the evocative use of synthesisers. Then there are the little personal scenes, such as Professor Watson's call home to his wife in part 2.

But my admiration for these episodes does not blind me to their technical faults. The surviving masters are very noisy, and the overall effect of the soundtrack is undoubtedly marred by the very obvious edits and dubbing drop-ins at times, where the background hiss can change in level massively. Not that I am blaming anyone for this - it's a remarkable piece of work that really pushed technical boundaries at the time.

Firstly, of course, the episodes have the standard polish applied: opening and closing music replaced from masters, general declick and denoise followed by specific repairs where necessary, peak distortion tamed, edits tidied and so on.

Then I addressed the varying noise levels. These were dealt with using a number of techniques such as looping background atmospheres so that a drop-in could be moved to somewhere where it would not be so obvious or so that a ramp-edit could be created, to automating noise reduction threshold and reduction parameters to ride the changing levels. The sequence at the beginning of part 3, as Eldrad is trying to break out of the reactor core, was particularly troublesome. The "groaning" effect of straining metal was created by slowing down recordings of various metallic creaks. In the process, tape hiss and bias noise became very evident and somewhat distracting. Various notch filters and targeted noise-reduction, automated on cuts, manages to make this sequence a lot smoother. Similar techniques were used to try to disguise the drop-ins that occured whenever the voice modulation was applied to or removed from Eldrad's voice. The effect seems to have been created using a modulated pitch-shift with a very high noise floor and audible modulation tone at 866Hz (900Hz in episode 2). Some may feel that we are disguising technique, here, but we felt that it was an obvious technical misfortune which should be addressed as part of the remastering, and there is no doubt that those conversations are now a lot more convincing. The accompanying screenshot shows the project workspace in Nuendo after I'd finished episode 3. The green lumps at the top are the replaced opening and closing titles. The orange blocks are the episode itself, and you can see various edits where I have moved stuff around, looped atmos over tape faults and so on (micro-edits to the actual waveform are not shown - there were around 180 in this episode - I got off lightly!).

Then there are the automation lanes. There are two eq plugins in chain, plus a declicker and a denoiser. The automation is controlling two notch filters to remove the modulation tones on Eldrad's voice or the bias whine on some of the metallic groanings from the core at the start of the episode - those are the obvious "on-offs". Then there are a couple of parameters controlling the noise-reduction threshold to ride the varying levels dependent on how many sources are playing in the mix (the hiss level goes right up whenever Eldrad talks). The top lane is the volume fader, gently ridden to restore dynamics that the noise reduction removes."

The commentary for this story features actors Tom Baker, Elisabeth Sladen and Judith Paris, along with co-writer Bob Baker and producer Philip Hinchcliffe. Again, this was a complicated task for Mark Ayres, as not all of the participants had recorded their comments at the same time!

"My final job was to mix the commentaries, and this proved as complicated a jigsaw as had "Inferno" previously. The main commentary had been recorded in two sessions: the first with Tom Baker, writer Bob Baker, and actress Judith Paris (the female Eldrad) covered episode 3 and episode 4 up until Eldrad's final demise (when the "male" Eldrad - played by Stephen Thorne - falls down the well); the second session featured Tom, Bob, and Elisabeth Sladen (Sarah Jane Smith) and covered episodes 1, 2, and 4 from the point where Judith's Eldrad is crushed by the regeneration machine. This gave me nearly 10 minutes of overlap in episode 4 which proved to be both a blessing and a curse. In addition, there were a few sections of commentary from producer Philip Hinchcliffe, recorded in yet another session. To be honest, on first listening, I wondered how I was going to make it all work: there were numerous long gaps where very little was said in the main commentary; the out-of-order recording meant that Tom was aware of things in early episodes which he seemed ignorant of later; Sod's Law dictated that whenever Philip Hinchcliffe had recorded a contribution, the others were saying something interesting; and there were good bits in both commentaries for the 10-minute overlap section in the final episode. In the end, I pretty much cleared the decks, made sure that anything scene-specific stayed in sync, and declared open season on anything else, moving more generalised chit-chat around, frequently between episodes, so that it all worked. For instance, Philip had recorded a piece talking about the secondary TARDIS control room for episode four, but I found that it worked best when we first see the control room in ep.3, which meant moving some of the Tom/Bob/Judith narration to make space and so on. One side effect of this is that it now seems that we have five commentators on episode four, even though Judith and Lis both interact with Bob and Tom yet never met, and Philip's contributions were recorded weeks later. All bizarre stuff - though the affection between Tom and Lis is plain to hear, as is the chemistry between Tom and Judith. And there are a couple of classic "Tom" moments...one involving the word "bendy".

The screenshot shows the Nuendo screen for the commentary of episode 4. The orange block at the top is the remastered episode; the yellow line underneath it is the automation for the volume fader, riding the episode's level under the commentary. The blue line is the automation for the commentary microphones sub-group. The green blocks are the individual contributor microphones - Bob Baker at the top, then Tom Baker, Judith and Liz (Judith at the start then Liz at the end from the point where Judith is no longer heard) then the bits of Liz's commentary taken from the alternative recording so that she can appear to interact with the others. Lastly, Philip Hinchcliffe's short contributions. Sections that are grey are "muted", and have been moved elsewhere either within this episode, or to others. At the very top of the image you can see an overview of all four episodes, one after the other at hourly intervals on the timeline."

Changing Time is a 50-minute documentary looking at the making of the story from within the bigger context of the special relationship between the third and fourth Doctors and Sarah Jane Smith. Produced by Steve Broster, the documentary includes interviews with actors Tom Baker, Elisabeth Sladen, Rex Robinson, Glyn Houston and Stephen Thorne, visual effects designer Colin Mapson, co-writer Bob Baker and producer Philip Hinchcliffe, along with Pertwee-era producer Barry Letts and script-editor Terrance Dicks.

An 11-minute extract from the Saturday morning children's show Swap Shop features presenter Noel Edmonds interviewing Tom Baker and Elisabeth Sladen just a few hours before the transmission of the first episode of the story. The source of this feature is an off-air Philips 1500 domestic video recording, courtesy of Ian Levine. Much work had to be done to make the picture quality acceptable for use on the DVD, as replay errors means that much of the colour at the top of the frame was missing or corrupted - only about one field in every twenty was clean, in fact. 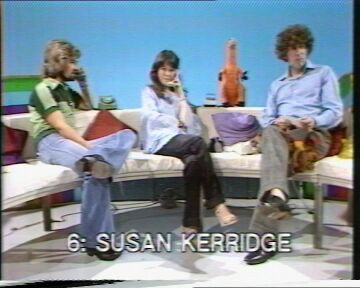 It was edited down to a length which meant that it contained the most important parts of the interview whilst still allowing it to be repaired within the available time and budget. Using Commotion running on a high-end PC,  'good' colour was cloned over from nearby fields using a rotoscoping process to provide a basic patchwork repair, which was then smoothed over by targeting large amounts of DVNR during the grade.

A short continuities compilation is included, featuring continuity announcements related to this story.

As always, a full photo gallery is included as well as a subtitle production text commentary. PDF versions of the 1977 Doctor Who Annual and the Radio Times billings for the original transmission are included for PC and Mac users. 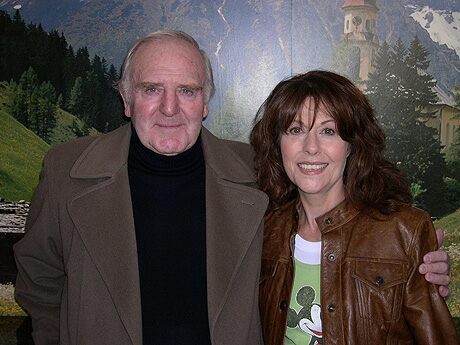